Good Friday: Home is a Place of Faith

BlogGood Friday: Home is a Place of Faith 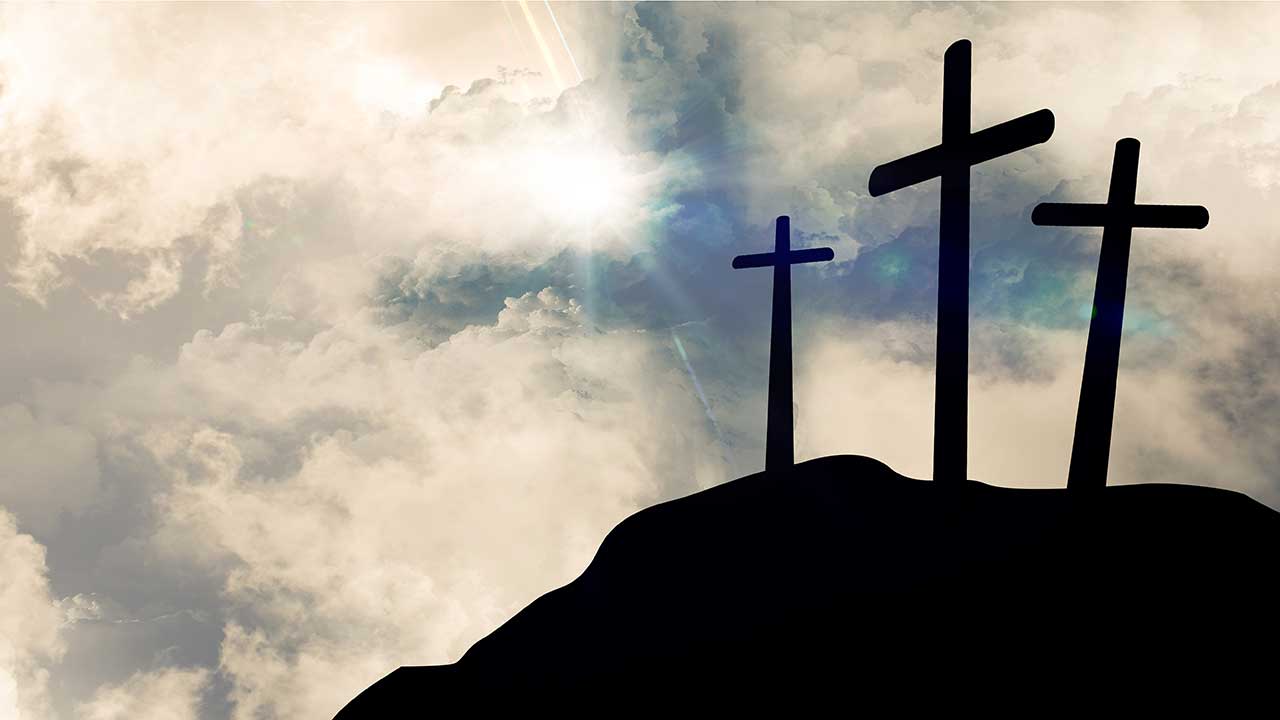 Matthew 27:32–61 (NIV) - 32 As they were going out, they met a man from Cyrene, named Simon, and they forced him to carry the cross. 33 They came to a place called Golgotha (which means “the place of the skull”). 34 There they offered Jesus wine to drink, mixed with gall; but after tasting it, he refused to drink it. 35 When they had crucified him, they divided up his clothes by casting lots. 36 And sitting down, they kept watch over him there. 37 Above his head they placed the written charge against him: this is Jesus, the king of the Jews. 38 Two rebels were crucified with him, one on his right and one on his left. 39 Those who passed by hurled insults at him, shaking their heads 40 and saying, “You who are going to destroy the temple and build it in three days, save yourself! Come down from the cross, if you are the Son of God!” 41 In the same way the chief priests, the teachers of the law and the elders mocked him. 42 “He saved others,” they said, “but he can’t save himself! He’s the king of Israel! Let him come down now from the cross, and we will believe in him. 43 He trusts in God. Let God rescue him now if he wants him, for he said, ‘I am the Son of God.’ ” 44 In the same way the rebels who were crucified with him also heaped insults on him. 45 From noon until three in the afternoon darkness came over all the land. 46 About three in the afternoon Jesus cried out in a loud voice, “Eli, Eli, lema sabachthani?” (which means “My God, my God, why have you forsaken me?”). 47 When some of those standing there heard this, they said, “He’s calling Elijah.” 48 Immediately one of them ran and got a sponge. He filled it with wine vinegar, put it on a staff, and offered it to Jesus to drink. 49 The rest said, “Now leave him alone. Let’s see if Elijah comes to save him.” 50 And when Jesus had cried out again in a loud voice, he gave up his spirit. 51 At that moment the curtain of the temple was torn in two from top to bottom. The earth shook, the rocks split 52 and the tombs broke open. The bodies of many holy people who had died were raised to life. 53 They came out of the tombs after Jesus’ resurrection and went into the holy city and appeared to many people. 54 When the centurion and those with him who were guarding Jesus saw the earthquake and all that had happened, they were terrified, and exclaimed, “Surely he was the Son of God!” 55 Many women were there, watching from a distance. They had followed Jesus from Galilee to care for his needs. 56 Among them were Mary Magdalene, Mary the mother of James and Joseph, and the mother of Zebedee’s sons. 57 As evening approached, there came a rich man from Arimathea, named Joseph, who had himself become a disciple of Jesus. 58 Going to Pilate, he asked for Jesus’ body, and Pilate ordered that it be given to him. 59 Joseph took the body, wrapped it in a clean linen cloth, 60 and placed it in his own new tomb that he had cut out of the rock. He rolled a big stone in front of the entrance to the tomb and went away. 61 Mary Magdalene and the other Mary were sitting there opposite the tomb.

All through the night Jesus has been locked in the dungeon of the high priest’s house. Early this morning he was brought before Pilate, who transferred his case to Herod. Herod sent him back to Pilate who, sometime in the mid-morning, bowed to the pressure of the Temple leadership and the crowds and condemned Jesus to a horrible death by crucifixion. In the late morning, Jesus was taken by the soldiers through the city and up the hillside of Golgotha. By noon he is nailed to the cross where he hangs in agony for some three hours. Jesus dies around three o’clock in the afternoon. He is taken down from the cross and placed in the tomb hastily before sundown.

There is a lot of irony about Good Friday. As has been so often questioned, “Why do we call it “good” Friday?” Most of us have dealt with that irony. It is good because of what God was accomplishing through the extravagant, sacrificial love of the Father, Son, and Holy Spirit. I’m thinking of a different irony on this Good Friday. I’m thinking of how my reason sees things versus how faith sees them. All through this Good Friday, we can look through either lens. If we look at what is unfolding through the lens of our empathetic reason we see loss, cruelty, suffering, and pain. The world is dark and hopeless, and the loss is staggering and permanent.

Shift just a little and look through the lens of faith, and the scene takes on a very different perspective. It takes on the added dimension of unfailing love, unlimited grace, compassion, redemption, hope, and victory. The irony of Good Friday is that when reason suggests it is all falling apart, faith steps up to speak the deeper truth that it is all coming together! There can be no greater irony than that!

Home is a place of faith. It is a place where my heart and soul rest because faith allows it. I can feel the difference between when my heart is at home, and when it is desperately alone. My reason can make even simple circumstances seem threatening and overwhelming. If I can make my daily routine into a cause for anxiety, imagine what I can do with the slightest bit of crisis. My heart knows there is another, faithful way to see life. It knows the irony of seeing through the lens of reason, or the lens of faith.

Jesus walked the path to the cross by faith. His faith allowed Him to be home, even as he walked the impossible path. Paul writes of Jesus in these moments, “Who for the joy set before Him endured the cross, scorning its shame and so sat down at the right hand of the Father.” What joy is set before you on this Good Friday? Where has reason pushed you out of your warm, safe, trusting home? How different might all of life look if viewed through the lens of faith? If God can work ultimate salvation out of the devastation of Good Friday, He can cause all of your reasonable worries to work together for GOOD!

Pause and set your intention to become fully present to Jesus, who is with you in this moment, as you breathe this prayer provided by Presence and Practice.

We want to hear from YOU!

Easter Sunday: Home is a Place of Victory