Maundy Thursday: Home is a Place to be Nourished

BlogMaundy Thursday: Home is a Place to be Nourished 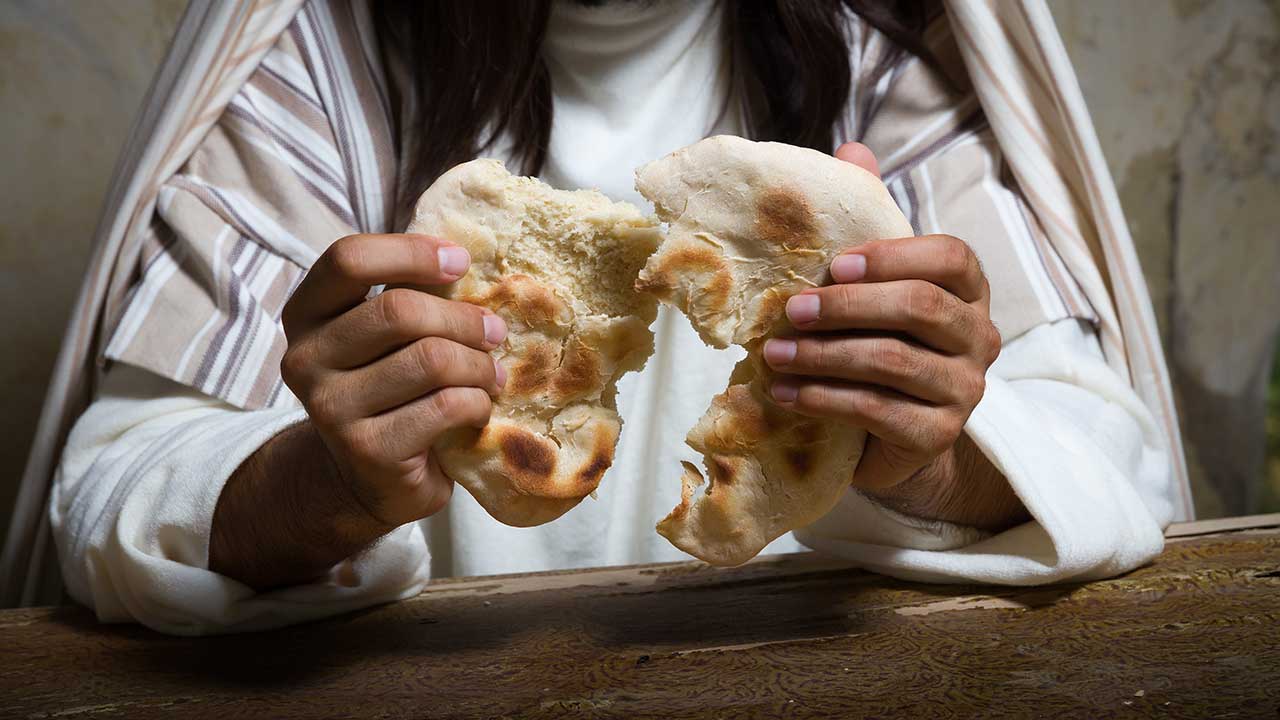 On the first day of the Festival of Unleavened Bread, the disciples came to Jesus and asked, “Where do you want us to make preparations for you to eat the Passover?” He replied, “Go into the city to a certain man and tell him, ‘The Teacher says: My appointed time is near. I am going to celebrate the Passover with my disciples at your house.’ ” So the disciples did as Jesus had directed them and prepared the Passover. When evening came, Jesus was reclining at the table with the Twelve. And while they were eating, he said, “Truly I tell you, one of you will betray me.” They were very sad and began to say to him one after the other, “Surely you don’t mean me, Lord?” Jesus replied, “The one who has dipped his hand into the bowl with me will betray me. The Son of Man will go just as it is written about him. But woe to that man who betrays the Son of Man! It would be better for him if he had not been born.” Then Judas, the one who would betray him, said, “Surely you don’t mean me, Rabbi?” Jesus answered, “You have said so.” While they were eating, Jesus took bread, and when he had given thanks, he broke it and gave it to his disciples, saying, “Take and eat; this is my body.” Then he took a cup, and when he had given thanks, he gave it to them, saying, “Drink from it, all of you. This is my blood of the covenant, which is poured out for many for the forgiveness of sins. I tell you, I will not drink from this fruit of the vine from now on until that day when I drink it new with you in my Father’s kingdom.” When they had sung a hymn, they went out to the Mount of Olives. - Matthew 26:17–30 (NIV)

On Thursday, Jesus is between homes. He has left Bethany for the last time. He will not be home with the Father for a few more days. Instead, on Thursday Jesus is home with His disciples. This marks the beginning of the sacred Triduum, or “three days.” Earlier in the day, Jesus had given instructions to the disciples on how to prepare the holy meal, which will be his last supper. Those preparations go on throughout the day. The meal will be unlike any other that Jesus has shared with His disciples. This meal will nourish their bodies and souls. He will raise the cup of redemption and tell them that from now on, as often as they do this, they will do it in remembrance of Him. They will do it in remembrance of what He is about to do. They will do it in remembrance that God longs to care for bodies, souls, and spirits and wants to nourish every aspect of our lives.

The act of eating is a surrender. We take food into our bodies and at that point, we are really no longer in control. The system will determine what gets nourished and in what order. It is our job to put in nutritious choices, but our bodies really sort and apply those calories without much help from us. I think Jesus wants us to be nourished in much the same way. We are invited to take in nourishment for our souls. Having our family around the table, enjoying a meal that is familiar, tastes we look forward to experiencing again. Jesus took time in the meal to let the moments sink in. To allow the disciples to eat, but also savor the moments and the memories. To take it all in and then surrender so that our souls, minds and spirits might be nourished as well as our bodies. Do you find anything more than your body being nourished around your table? Why? Maybe more importantly, why not?

Pause and set your intention to become fully present to Jesus, who is with you in this moment. Imagine that you are seated at the table with Him as you breathe this prayer, provided by Presence and Practice.

We want to hear from YOU!

Easter Sunday: Home is a Place of Victory