Third Sunday in Advent: Do We Expect Him?

BlogThird Sunday in Advent: Do We Expect Him? 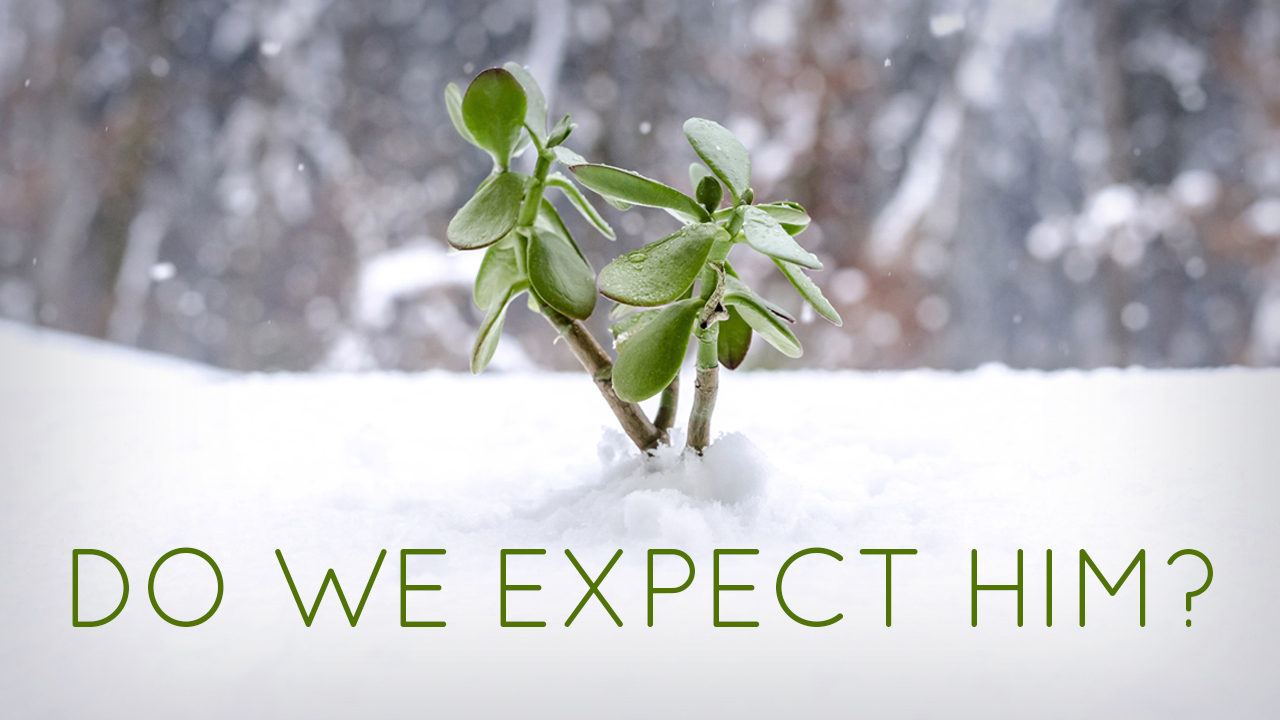 Third Sunday of Advent: Do We Expect Him?

It’s so startling when God shows up. Especially when we’ve been waiting awhile.

I’m trying to imagine Zechariah getting up on this morning and preparing to enter the sacred space of God. He is planning to do the work of God. There’s careful preparation of all of the vestments from the levitical law. Zechariah would have to arrange each layer, the tunic, the sash, the turban, the robe, the ephod (a richly adorned apron), and finally the breastplate. Before dressing, Zechariah would have take a ritual bath. He would have entered the temple barefoot, because it was holy ground. All of these lengthy preparations have been in anticipation of entering the Lord presence, and yet oddly, he is startled when God shows up. He’s even more startled that God has been listening and paying attention to all of the prayers and needs and wishes and wants. His pattern of low expectation has begun to border on cynicism, and he can hardly believe his own eyes and ears as the divine messenger tells him that his prayers have been heard!

Do you expect God to show up? Do you anticipate that every prayer you breathe is heard and locked away into God’s heart and understanding? At the end of the angelic visit, the doubt of Zechariah is addressed. He will forfeit his voice for the coming nine months until Elizabeth delivers. Maybe that’s not so much a punishment for doubt, but the cure. Talk less, listen more. Do you expect God to hear? Do you expect Him to show up? Even after all the prayers and preparations, would you be surprised if He answered?

In this season, will you join me in trying to talk less and listen more?

"How is Your Doing?" Daily Practices

Christmas Eve: There Will Be Sun